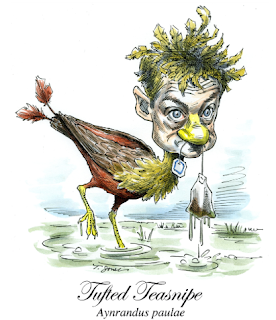 During a Senate committee hearing in Washington, D.C., Paul told Fauci it is a "fatal conceit that central planners have enough knowledge to tell a nation of 33 million people what they can and can't do."

Nothing was ever achieved by telling millions of American people what TO DO! We can see how brilliantly this principle has worked out in the Corona virus crisis, amirite?

"We need to not be so presumptuous that we know everything," Paul continued. "But my question to you is: Can't you give us a little bit more on schools so that we can get back to school?"

True. Rand Paul e.g. knows basically nothing. Which hasn't stopped G-d only knows how many know-nothings to vote for him.

And here comes the clincher:

Paul responded by saying, "We just need more optimism — there is good news out there."

Paul, who recovered from the coronavirus in April and incited controversy last month by not wearing a face mask in public, had confronted Fauci during a hearing once before. Back in May, he told the public health expert "you're not the end-all" when it comes to giving advice.

Yes, Rand, optimism - and faith. And maybe moar gunz! It's not been tried to kill the virus with gunz, amirite? Maybe that untested method could have been tried on Rand himself. Even saucier: maybe Rand could have tried it on Ron!

And the 'good news' appears to be that the new cases daily count could reach 100,000 per day.