Barely a month after the Great British Resistance was finally victorious over the Nazi Wehrmacht Occupying Forces, and after 76 years of German occupation, jubilant British crowds have started tearing down statues of Hitler, Himmler and Göring in London and other major cities. 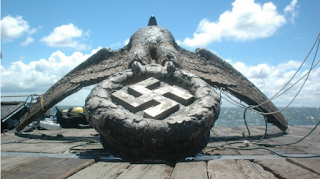