The Unwanted: The Secret Windrush Files 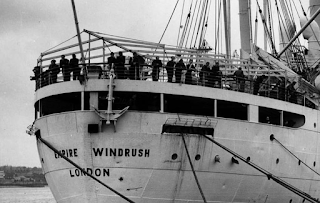 Theresa May’s hostile environment was a full 70 years in the making, argues this damning, devastating documentary

As the Empire Windrush made its way from the Caribbean to Britain in 1948, politicians in Westminster were frantically scheming about how they could prevent a ship carrying hundreds of black immigrants from docking in the UK. The Labour prime minister Clement Attlee described it as an “incursion”. A meeting of the government’s economic policy committee discussed whether it might be possible to divert the ship to east Africa, and make its passengers (a well-qualified group of electricians, mechanics, welders and carpenters) take work there, picking peanuts. Eleven Labour MPs delivered a letter to Attlee warning that “an influx of coloured people” would “impair the harmony, strength and cohesion of our public and social life and cause discord and unhappiness among all concerned”.

Anyone who thought that the introduction of the hostile environment was one of Theresa May’s few clear, tangible accomplishments will need to reconsider. It turns out that even this unpleasant creation is not something she can claim as her core legacy, since it had already been 70 years in the making.

Although the postwar government estimated Britain needed 1.3 million extra workers to help rebuild a country shattered by five years of war, officials turned out to be more welcoming to ex-SS soldiers from Germany than British subjects from the Caribbean. In his powerful film, The Unwanted: the Secret Windrush Files (BBC Two), the historian David Olusoga manages to explain complex immigration law and decode dense documents from the government archives in an arresting way. He pulls out devastating passages from forgotten files to showcase the hostility of successive governments to non-white settlers.

Everything begins with the British Nationality Act of 1948, which confirmed the right of all British subjects to move freely and live anywhere they liked within the newly created Commonwealth. But the act, Olusoga argues, was intended to ensure frictionless travel for the large white populations of Canada and Australia. “No one imagined that black and brown people from Asia, Africa and the West Indies would use their rights under this act to come and settle in Britain.”

Incriminating archival material reveals the scale of official panic about immigration and the underhand measures taken to discourage residents of Britain’s colonies from settling. Crucially, politicians wanted to restrict access without actually appearing to be racist. The film exposes their shameful contortions as they scrabbled around to justify their prejudices.

We learn how ministers in the 1950s commissioned researchers to come up with reasons for concluding that non-white immigration was problematic, with senior civil servants instructing dole officers to conduct secret race surveys to see if there was any truth in the assumption that migrants were coming to live off the welfare state, and asking police chiefs around the country leading questions such as: “Is it true that they are generally idle?”, “Do they have low standards of living?”, and “Are they addicted to drug trafficking and other types of crime?” Winston Churchill was obsessed by the “considerable” number of “coloured workers” employed by the Post Office, and, by 1955, was suggesting to ministers that they should fight the next election on the slogan “Keep England White”.

This gradual tightening of immigration legislation exploded in the hands of Theresa May’s government last April, with the Windrush scandal – when thousands of Caribbean-born citizens, legally settled here since childhood, found that they had been silently transformed into illegal immigrants, and threatened with deportation, detained, sacked from their jobs or made homeless.

Olusoga shows how the roots of the scandal lie in a single line from the 1971 Immigration Act, which put the onus on individuals to prove that they are here legally – something so many people were unable to do, with devastating consequences. “Who keeps receipts from the 1970s?” Anthony Bryan asks, explaining how he was detained for five weeks and booked on a flight back to Jamaica. A letter from the Home Office to his lawyer demands more proof: “Your client has stated that he has been resident in the UK since 1965. As such, the evidence submitted must be continuous, and cover the entirety of the 51 years that your client has claimed to reside in the UK.”

The most moving parts of this film are the interviews with three Windrush victims (all of whom helped expose the scandal in the Guardian). “It was a country I was proud of, but now I don’t think I feel proud of it,” Sarah O’Connor says, after being wrongly classified as an illegal immigrant, despite her 51 years in the UK. “At times I got so low I wanted my life to end.” Sarah died before the film was finished. No one could feel proud of Britain after watching it.