Brexiteers Still Blowing Smoke (after all those years) 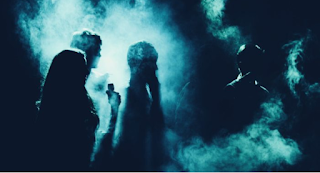 I don’t think that people will notice any difference initially. I think that over time things will start to materialize that could be problematic, and I think that one of the things, of course, is travel. The freedom of movement that we are currently enjoying, and how that will be impacted, remains to be seen.

Negotiating a trade agreement with the EU bloc by the end of the year will be challenging, but I don’t think it’s impossible. I think in any event the fact that Britain has its own sovereign currency gives Britain enormous flexibility to ensure that we can minimize any negative impact.

Obviously the government needs to be looking to build trading agreements with nations throughout the world, not just the European Union. I’m sure that will be challenging, but I don’t think it is beyond the realm of possibility, whether or not this particular government has the political acumen and the political will to deliver a deal that works in the interests of the vast majority of the public, it remains to be seen.