...when you've got a leaking chemical weapons facility? 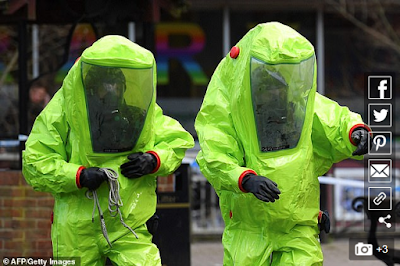 Ministers have launched an investigation after top secret files relating to the Porton Down military research facility were discovered in a London bin.

The highly-sensitive documents detail security arrangements for the world-leading chemical warfare base near Salisbury, Wiltshire.

The papers, found after a member of the public raised the alarm, reportedly include details of equipment carried by guards at Porton Down, as well as the home addresses of employees and the password to the site’s computer system.