The alt-right is gonna go ape shit over this: 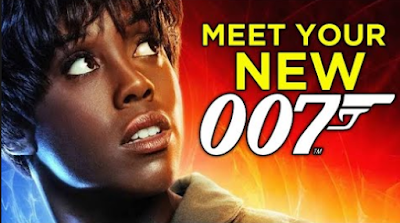 While Daniel Craig is set to reprise his role as James Bond in the next film, the franchise is set for a shake-up, with reports claiming that black British actor Lashana Lynch has been cast as 007 – taking over Bond’s secret agent number after his character leaves MI6.

The Mail has quoted from an anonymous “movie insider”, who says that the 25th film opens with Bond (Craig), retired in Jamaica, being called back to action to fight a new villain.

“There is a pivotal scene at the start of the film where M says, “Come in 007”, and in walks Lashana who is black, beautiful and a woman,” the source said. “It’s a popcorn-dropping moment. Bond is still Bond but he’s been replaced as 007.”