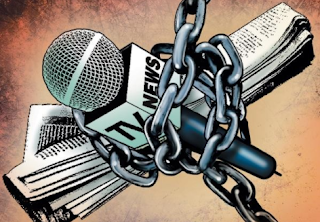 Britain’s Foreign Office can’t keep its diplomatic secrets, but it has managed to keep its sense of irony, and banned RT from attending a conference on media freedom.

A spokeswoman told British media: “We have not accredited RT or Sputnik because of their active role in spreading disinformation.”

The accusation of ‘disinformation’ is the exclusive view of the Foreign Office, because it’s worth remembering that while RT has been censured by OFCOM (like every other broadcaster in Britain), it still operates freely under a license from the broadcasting watchdog, so this claim of disinformation is at best subjective.

After it was prevented from attending the Global Conference for Media Freedom: London 2019, RT replied:

"It takes a particular brand of hypocrisy to advocate for freedom of press while banning inconvenient voices and slandering alternative media."