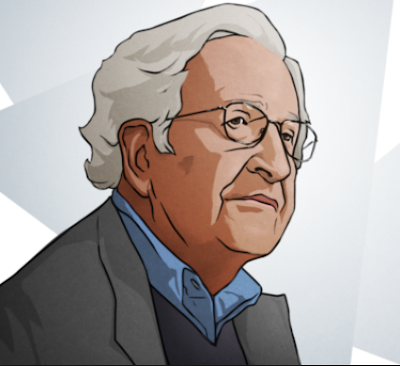 Progressive intellectual Noam Chomsky has voiced his opinion over the ongoing barrage of “anti-Semitism” allegations against the Labour party, calling them a “disgrace” and an “insult to the memory” of Holocaust victims.

The left-wing icon rallied in support of the party led by Jeremy Corbyn, and MP Chris Williamson in particular, arguing that the embattled politician did not say anything anti-Semitic in reality.

“The way charges of anti-Semitism are being used in Britain to undermine the Corbyn-led Labour Party is not only a disgrace, but also –to put it simply – an insult to the memory of the victims of the Holocaust,” Chomsky told independent journalist Matt Kennard in an e-mailed statement.

The statements by Williamson are not anti-Semitic by any means, Chomsky argued. The MP got himself under a barrage of criticism and accusations of anti-Semitism this February, when he said that the Labour was being “demonized as a racist, bigoted party,” partly due to its own defensive response to criticism and being “too apologetic.”

The politician was ultimately forced to apologize himself and was suspended from the party, briefly readmitted late in June, and suspended again two days later.

“The charges against Chris Williamson are a case in point. There is nothing even remotely anti-Semitic in his statement that Labour has ‘given too much ground’ and ‘been too apologetic’ in defending its record of addressing ‘the scourge of anti-Semitism’ beyond that of any other party, as he himself had done, on public platforms and in the streets,” Chomsky pointed out. The Labour party has repeatedly faced accusations of anti-Semitism, and launched an internal procedure to tackle the issue back in April 2018. The self-flagellation that resulted in various sanctions against some 300 members apparently did not help, as the party continues to repeatedly face such accusations – both from within and from the outside.

Earlier this year, such allegations were raised against Corbyn himself, after he wrote a preface for a new edition of the controversial book ‘Imperialism: A Study’ penned by John A. Hobson in the early 20th century. The book explores imperialism as a form of a capitalist oligarchy and indeed contains common anti-Jewish tropes, such as perceived dominance of the European financial market by “men of a single and peculiar race.”

Corbyn, however, dismissed all the accusations as “offensive,” while stating that he has been “exposing racism in any form” throughout his whole life.