Circus Capitol Hill. Who has the most political influence: Russia or (the) Israel (Lobby)? 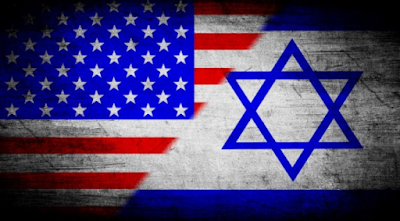 The Russians interfered in the 2016 elections, no doubt about it; yet the case that they made a difference in the outcome is slender. The Facebook ads they ran were absurd, a drop in a bucket of slop. As for the fabled 70,000 voters in Michigan, Pennsylvania and Wisconsin who gave the election to Trump, they were surely influenced by other factors more than the Russians. For starters, Hillary Clinton’s failure to visit the midwest and her record as a warmonger in war-scarred states leap out as more significant issues.

Then there’s Wikileaks. We all remember Trump’s bluster about it, but tell me one memorable revelation from the Wikileaks disclosures from the Democratic National Committee. All the revelations I recall were about Israel’s role in the Clinton campaign: Clinton’s assurances that she’d fix the relationship with Netanyahu, Netanyahu’s advice to Clinton to attack, attack, attack the boycott campaign, and Clinton’s promises to the organized Jewish community aimed at maintaining Haim Saban’s support. It’s hard to imagine these revelations affected many votes, but they have the merit of being true and important, information voters ought to have. Like the Access Hollywood tape.

Which brings us to Ilhan Omar’s case for foreign influence. In February the first term congresswoman from Minnesota marveled at/deplored such influence: “I want to talk about the political influence in this country that says it is OK for people to push for allegiance to a foreign country.” Omar was plainly referrring to the role of the Israel lobby in US political life. She said nothing about Jews. But she has reaped the whirlwind: denounced for allegedly expressing anti-semitic statements by everyone from the Democratic Party leadership to the New York Times and Jake Tapper, because she dared to criticize the role of the lobby in policymaking.

But who has influence? The House of Representatives just passed by an overwhelming margin a resolution championed by AIPAC that denounced the Boycott, Divestment and Sanctions (BDS) campaign targeting Israel as a bigoted undertaking based on “principles of collective guilt, mass punishment, and group isolation.”

This is just what Netanyahu told Hillary Clinton the U.S. should do, three years ago, per Wikileaks. when Hillary was promising AIPAC that she would take the US-Israel relationship to the “next level.” Netanyahu told a Clinton aide:

“On BDS, Israel should move from the defense to the offense. It should be attacked on moral grounds. It is ‘unjust’ and ‘cruel.’ Israel must attack its attackers. The best defense is a good offense: ‘attack, attack, attack.’”

Twenty-seven states have passed anti-BDS legislation. And yesterday after the House passed its resolution— which said that US relations with Israel should only get stronger — Netanyahu promptly celebrated the American government’s dedication to his country. Remember this is the leader who once bragged that “America is a thing you can move very easily.” At that time Netanyahu also urged Congress to invade Iraq. Netanyahu assured Congress that Saddam was trying to get nuclear weapons, and great things would come of a war:

If you take out Saddam, Saddam’s regime, I guarantee you that it will have enormous positive reverberations on the region

Of course no one talks about Israel’s influence. That’s verboten. You get labeled an anti-semite for endorsing a theory of international Jewish influence, an “ancient trope” of Jew hatred, as the New York Times says virtually every time it mentions Ilhan Omar.

So we are supposed to ignore the fact that Donald Trump’s biggest contributor, who owns an Israeli newspaper and says he wished he’d been in the Israeli army not the US one, called for the embassy move to Jerusalem, the withdrawal from the Iran deal, and the hiring of John Bolton. Sheldon Adelson has more power than the secretary of state…

Democrats are also desperate to hold on to pro-Israel donors, notably Haim Saban, who was born in Egypt, raised in Israel, and is an ardent Zionist.

“Gosh, imagine the Russians having the power over Congress that the lobby has,” Donald Johnson writes to me. “Imagine a wildly lopsided Congressional vote condemning a grassroots campaign for human rights in Russia. Trump, contrary to liberal fantasies, has done things that Putin doesn’t want, including opposing a pipeline to Germany from Russia. He has given Israel almost everything it wants except an actual US war against Iran.”

Both political parties are anti-Russia. But if you’re anti-Israel it’s political death. That explains the pressure brought to bear on progressive Democrats to support the anti-BDS legislation. Ro Khanna and Ayanna Pressley were surely told that if they opposed the anti-boycott resolution they were playing into the hands of Donald Trump in 2020. Because he is going to continue to say that the Democrats are anti-Israel so as to peel away Zionist supporters.

Khanna and Pressley’s efforts to justify their support for Israel on social media have been flimsy. Pressley cited her “solidarity” with Jewish families:

Pressley’s collapse reminded me of what Barney Frank, the former congressman from a neighboring Boston-area district, once told the anti-occupation activist Jeff Halper after a tour of the settlements gobbling up East Jerusalem and destroying any idea of Palestinian sovereignty. Halper says Frank challenged him:

“Bring me the names of 5000 Jews in my district that support you… If you can’t do that…. I’m not going to commit political suicide for the sake of the Palestinians… “

Ayanna Pressley stuck with that pro-Israel Jewish community this week.

The tragedy is that there is still no real force in American politics for Palestinian human rights. Politicians are allowed to say the most racist things about Palestinians, and the media can run endless justifications for massacring unarmed Palestinian demonstrators, and– there are no consequences. No, you only get ahead that way…