One of the few things that Zionists use to uphold the pretence that Israel is a democracy is the fact that the Arabs/Palestinians can vote in elections for the Knesset. Now even this is no longer true. 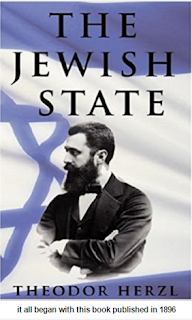 And it is true. At the May 2015 elections the Joint Arab List which included the Communist Party (Khadash) and Balad the secular Arab Nationalist Party gained 13 seats making it the 3rd largest party in Israel’s Knesset.

There is just one problem. In Israel’s nearly 70 years of existence no Arab party has ever been part of the Israeli government. The only Arabs to become Ministers are seen as collaborators in their own communities. It is an unwritten rule in Israeli politics that no government must rely on the votes of the Arab parties. It was this that most incensed the Zionists when Yitzhak Rabin relied on Israeli Arab votes, who were not of course coalition partners, to defeat the right-wing parties led by Netanyahu. This more than anything else was the cause of his assassination.

Now however even the fig leaf is being stripped away. Hot on the heels of the Expulsion Bill passed last year which allows 90 MKs to expel another MK, something already being used to try and expel Basel Ghattas, a Balad MK, who apparently committed the heinous offence of passing mobile phones to Palestinian prisoners serving 30+ years in Israeli prisons. No Jewish MK, however racist ever stands a chance of being disciplined. All 3 Balad MKs last year were suspended by the Zionist Jewish majority for visiting the relatives of Palestinians who had been killed after attacking Israelis. A particular target has been Haneen Zoabi, a secular woman Palestinian Israeli MK who went on the Mava Marmari ship which tried to break the blockade of Gaza. She has been subject to a tirade of hate and vitriol. [See Haneen Zoabi: 'Israel is the only country not shocked by or afraid of Trump']