From the Innocence Project:


Kirk Bloodsworth, a former Marine who had become a waterman on the Eastern Shore of Maryland, was the first person to be sentenced to death and then subsequently exonerated. He was 22-years-old at the time of his wrongful conviction and served eight years in prison before he was released.

Bloodsworth: An innocent man is a remarkable RT documentary, narrated by Kirk Bloodworth himself. Bloodsworth turned out to be a gifted speaker and passionate activist. 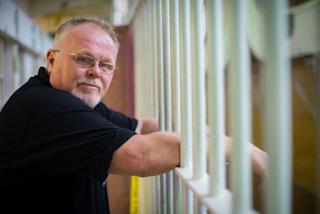 Kirk Bloodsworth
Posted by Gert at 13:46