WASHINGTON — The United States is stepping up digital incursions into Russia’s electric power grid in a warning to President Vladimir V. Putin and a demonstration of how the Trump administration is using new authorities to deploy cybertools more aggressively, current and former government officials said.

In interviews over the past three months, the officials described the previously unreported deployment of American computer code inside Russia’s grid and other targets as a classified companion to more publicly discussed action directed at Moscow’s disinformation and hacking units around the 2018 midterm elections. 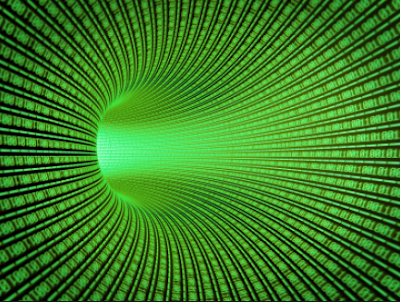 Advocates of the more aggressive strategy said it was long overdue, after years of public warnings from the Department of Homeland Security and the F.B.I. that Russia has inserted malware that could sabotage American power plants, oil and gas pipelines, or water supplies in any future conflict with the United States.

But it also carries significant risk of escalating the daily digital Cold War between Washington and Moscow.

The administration declined to describe specific actions it was taking under the new authorities, which were granted separately by the White House and Congress last year to United States Cyber Command, the arm of the Pentagon that runs the military’s offensive and defensive operations in the online world.

But in a public appearance on Tuesday, President Trump’s national security adviser, John R. Bolton, said the United States was now taking a broader view of potential digital targets as part of an effort “to say to Russia, or anybody else that’s engaged in cyberoperations against us, ‘You will pay a price.’”

Power grids have been a low-intensity battleground for years.

Since at least 2012, current and former officials say, the United States has put reconnaissance probes into the control systems of the Russian electric grid.

But now the American strategy has shifted more toward offense, officials say, with the placement of potentially crippling malware inside the Russian system at a depth and with an aggressiveness that had never been tried before. It is intended partly as a warning, and partly to be poised to conduct cyberstrikes if a major conflict broke out between Washington and Moscow.

The commander of United States Cyber Command, Gen. Paul M. Nakasone, has been outspoken about the need to “defend forward” deep in an adversary’s networks to demonstrate that the United States will respond to the barrage of online attacks aimed at it.

the Senate a year ago during his confirmation hearings.

But finding ways to calibrate those responses so that they deter attacks without inciting a dangerous escalation has been the source of constant debate.

But the action inside the Russian electric grid appears to have been conducted under little-noticed new legal authorities, slipped into the military authorization bill passed by Congress last summer. The measure approved the routine conduct of “clandestine military activity” in cyberspace, to “deter, safeguard or defend against attacks or malicious cyberactivities against the United States.”

Under the law, those actions can now be authorized by the defense secretary without special presidential approval.

“It has gotten far, far more aggressive over the past year,” one senior intelligence official said, speaking on the condition of anonymity but declining to discuss any specific classified programs. “We are doing things at a scale that we never contemplated a few years ago.”