The only known survivor of a far-right group accused of a series of racist killings is now on trial. But the case has put the nation itself in the dock 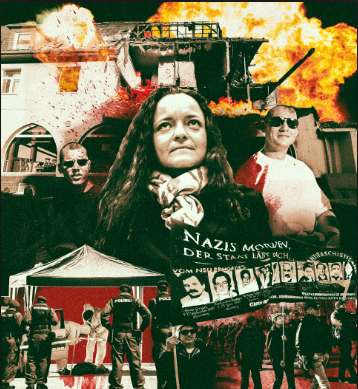 In the beginning, they were known as die Dönermorde – the kebab murders. The victims had little in common, apart from immigrant backgrounds and the modest businesses they ran. The first to die was Enver Şimşek, a 38-year-old Turkish-German man who ran a flower-import company in the southern German town of Nuremberg. On 9 September 2000, he was shot inside his van by two gunmen, and died in hospital two days later.

The following June, in the same city, 49-year-old Abdurrahim Özüdoğru was killed by two bullets while helping out after hours in a tailor’s shop. Two weeks later, in Hamburg, 500km north, Süleyman Taşköprü, 31, was shot three times and died in his greengrocer’s shop. Two months later, in August 2001, greengrocer Habil Kılıç, 38, was shot twice in his shop in the Munich suburbs.

The crime scenes indicated that the killers favoured a particular killing method. Typically, several shots were fired at close range to the face. Most of the bullets were traced back to a single weapon, a silenced Česká CZ 83 pistol. Police assumed that the professional method of killing, as well as the intimate nature of the murders – when they died, the victims were presumably looking directly into the eyes of their killers – meant that the murders must have been carried out by Turkish gangsters fighting out turf battles. No hard evidence ever substantiated this theory. Nevertheless, the taskforce assigned by the German authorities to the case was given the name “Bosphorus”.

The Bosphorus team tried to persuade the widow of Enver Şimşek, the first victim, to say that her husband was connected to the Turkish mafia. They invented a false story of marital infidelity – that Şimşek was having an affair and had a secret family elsewhere – in the hope that her fury would lead her to reveal his non-existent underworld ties. She said nothing, but the police continued to waste time and resources attempting to prove the killings were the work of Turkish gangs.

Three years later, in 2004, Mehmet Turgut, 25, was murdered in a kebab shop in the city of Rostock on the Baltic coast. The next attack came later that year in the form of a bomb detonated in the Keupstrasse area of Cologne – a part of town popular among Turkish immigrants. Twenty-two people were wounded. In June 2005, İsmail Yaşar, 50, was shot in his kebab shop in Nuremberg – the third murder in that city.

The following year, a 41-year-old Greek-German locksmith named Theodoros Boulgarides was killed in his newly opened shop in Munich. He was the first victim without a Turkish background. In 2006, a kiosk vendor named Mehmet Kubaşık, 39, was shot in the western city of Dortmund. Only two days after that, Halit Yozgat, 21, was killed while sitting behind his desk in the internet cafe he ran in the central German city of Kassel, 160km away.

The killings occurred in seven different cities across Germany, and were often separated by months or years. This made it difficult to connect them, though no one expected it to take until 2006 for the authorities to grasp how they were related.

From the very start, the investigation was riddled with basic errors and faulty assumptions. First, at least two of the murders took place at locations close to police stations, which should have made them unattractive sites for mafia murders. Then there was the problem of the two “Eastern-European-looking men” on bicycles whom eyewitnesses described leaving several of the crime scenes. More baffling still was a fact that surfaced during the investigation of Halit Yozgat’s killing: a German intelligence agent had been inside the cafe when the murder took place – something he later neglected to report.

In 2006, Alexander Horn, a young police profiler who prepared a report on the case for the Bosphorus team, began to cast doubts on the idea that the murders were connected to the Turkish mafia. In several cases, the victims were killed on days when they had broken with their daily routine, and were in places that no one could have predicted. It seemed more plausible that the victims had been chosen randomly by the killers, rather than singled out for vengeance by professional hitmen.

By using the same weapon, the killers also appeared to be drawing attention to their crimes and underlining the connection between them. Horn identified this as a typical tactic of far-right groups. Some officers were assigned to pursue this lead, but the focus of the investigation remained on the police’s initial theory. The media continued to refer to the killings as die Dönermorde.

In November 2011, more than a decade after the first murder, DVDs containing a curious recording were dropped off at the offices of several German newspapers. They featured a doctored episode of the 1960s cartoon series, the Pink Panther, which appeared to be a message from the killers. For the first few minutes, the Pink Panther strolls around a city, where he sees a poster calling on citizens to “Stand with your country” and “Stand with your people”. Accompanied by the jaunty chords of Henry Mancini’s theme song, the character bombs a grocery store – then the video cuts to news footage of a shop that had been similarly attacked in Cologne in 2001.

The Pink Panther lounges on his couch and watches television news clips about the so-called Dönermorde. The clips flickering on his cartoon television are of real news reports from the murder scenes, with gruesome photographs of the victims. The Pink Panther’s eyes glaze over with boredom at how long it takes the German public to realise who is behind them. With a huff of impatience, the narrator indicates a sign on the screen: the murders, the video suggests, are the work of a group calling itself the National Socialist Underground (NSU).

By the time the German press was puzzling over the Pink Panther video, the investigators’ focus had finally narrowed to a cluster of extreme rightwing groups operating in the country. The authorities had still not figured out how to find the killers, but their confusion was brought to an abrupt end on 4 November 2011, when two men used bicycles in a bank robbery in Eisenach, a town in the central German state of Thuringia. After the robbery, they loaded the bikes into a rented camper van.

After a tip-off, police found the vehicle nearby. The two men had a vast stockpile of guns and ammunition inside the vehicle, but they did not try to fight their way out. Instead, according to investigators, they chose to kill themselves and set fire to the van. (An official report later concluded that one of the men had set the van alight, killed the other and then himself.)

The bodies were identified as those of Uwe Mundlos and Uwe Böhnhardt, two longstanding but hitherto unremarkable members of Germany’s enduring far-right scene, who had escaped the police with their friend Beate Zschäpe 13 years earlier. Even before identifying the corpses, investigators had found in their van the gun of a murdered police officer, Michèle Kiesewetter, whose killing five years earlier had never been solved.

Four days after the death of Mundlos and Böhnhardt, Zschäpe called the police in the Thuringian city of Jena. “Beate Zschäpe here,” she said. “I’m the one you’re here for.” The local authorities did not immediately grasp the significance of the call, even though more than a decade earlier the police had searched for all three in connection with a series of smaller crimes. German intelligence services had also been keeping tabs on the rightwing radical scene that Zschäpe was a part of, but had lost track of her, along with Mundlos and Böhnhardt when they went underground.

The story is also available on Netflix (where I first learned of it), one production a docudrama (3 parts) and another a documentary. Search for "NSU".