The Planet's Bully: 'Buy Arms from US or suffer the Consequences!'

The "non-interventionist" Trumpian clusterfuck is now pressurizing Turkey to make it buy its lethal stuff from the US's giant 'Arms-O-Mart' and not from its Russian counterpart: 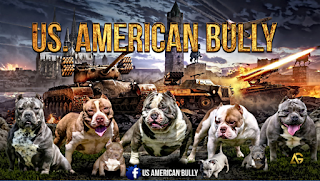 The US has urged Turkey to drop its purchase of Russia's S-400 missile defense system. But Turkey has refused to back away from the deal, saying Turkish soldiers are about to receive training on how to use it.

Turkey is preparing for US sanctions after going ahead with the purchase of Russian military hardware, Turkish Defense Minister Hulusi Akar said in a statement circulated Wednesday.

The White House has threatened sanctions under the Countering America's Adversaries Through Sanctions Act (CAATSA), which prohibits business activities with Russia's intelligence and defense industry.

The United States is hoping to pressure Turkey, a NATO ally, into buying its Patriot missile battery system. However, the Turkish government has refused to back out of purchasing Russia's S-400 missile system, Akar told reporters.

"We've sent personnel to Russia for S-400 training that will begin in the coming days and will span the following months," Akar said.

In response to US pressure, Kremlin spokesman Dmitry Peskov said on Wednesday that Russia and Turkey consider "such ultimatums unacceptable."