A former US Air Force intelligence analyst who fed documents to the press detailing the American military's classified drone programs has been indicted on five criminal charges. 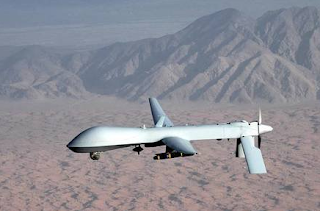 Daniel Hale, 31, is believed to have been the source of top-secret documents that lead to reports from The Intercept in 2015 and 2016 detailing the Air Force's use of unmanned drones in combat operations.

According to the indictment (PDF, see link in source page), Hale met an unnamed reporter – widely assumed to be Intercept editor Jeremy Scahill – in 2013 and 2014, and handed over printouts of documents classified as secret and top secret.

"These documents detailed a secret, unaccountable process for targeting and killing people around the world, including US citizens, through drone strikes. They are of vital public importance, and activity related to their disclosure is protected by the First Amendment," said editor-in-chief Betsy Reed.

"The alleged whistleblower faces up to 50 years in prison. No one has ever been held accountable for killing civilians in drone strikes."