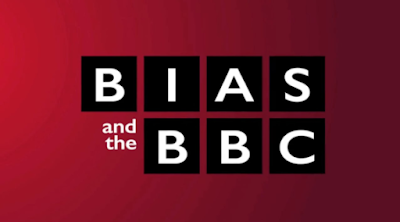 Its journalists push a transparent political agenda and editorialise to hide the truth. It’s funded by a nefarious dictatorial state bent on destroying individual rights. It’s obvious bias is ever more trite and intolerable. It’s name? The BBC. But Ofcom is not investigating the BBC. It is, however, investigating Russia Today (RT) for “bias” as our diplomatic tit-for-tat with the Ruskies continues and has now ventured into attacks on the free press.

There have been seven separate investigations opened into RT, Ofcom announced today. This will take place over concerns about “the due impartiality” of news and current affairs programmes on RT. Ofcom stated on its website:

On 12 March 2018, following the use of a nerve agent in Salisbury, Ofcom said that we would consider the implications of these events for the broadcast licences for RT and RT Europe and this document provides an update to that statement including setting out our approach in this case.

Already, there’s a problem. This paragraph alone undermines the alleged purpose of Ofcom’s investigation which looks into conduct since the events in Salisbury. Here it is reminding everyone, correctly, that Ofcom stated its intention to review RT’s UK licence basically a week after the poisoning thus demonstrating that these investigations are just follow-through on a retaliatory threat. Of course Ofcom glosses over the fact that there is still no proof that Russia is behind the poisoning. As Reuters reminds us, Skripal betrayed dozens of Russian agents to Britain. Sounds like a man who would have a lot of the wrong kind of enemies who would happen to be Russians. That does not necessarily implicate the Russian state. Ofcom continues:

The main reason for broadcasting to be regulated is to protect audiences from harm. Broadcasters are required to comply with Ofcom’s Broadcasting Code, which we set and enforce having regard to all our duties. Parliament has given Ofcom duties which reflect the importance in our democracy of freedom of expression, of a wide range of broadcasting services and a plurality of providers of those services. We set out in some detail in Annex 1, the statutory framework and Ofcom’s statutory duties when considering the fitness and properness of broadcast licensees.

Wow, this is some next level double-think. Audiences needed to be protected from alternative views on world affairs? That’s patronising. No notion of letting people choose what media they consume. We may only watch what the good for nothing, do nothing paper pushers tell us. And why is Ofcom investigating with a view to banning RT? To defend democracy and freedom of expression as well as to maintain “plurality” of course! The report continues:

How is that different from the BBC? The BBC is state funded by mandatory taxes and licences from anyone who wants to watch live television. By this logic, you can consider the BBC to be ultimately controlled by the British Government. The MSM seems completely blind to the irony of criticising RT for being associated with the Russian State while one of our major sources of news and information in this country is the BBC which is associated with the British State. The FT seems to have picked up on this in its coverage, stating that:

Most media analysts distinguish the BBC from state broadcasters such as RT, which are funded directly from government budgets and whose editorial content is seen as subject to political control.

So the only difference is that the BBC is funded indirectly by the state? I’m sure that distinction isn’t as big in reality as it is in the minds of the so-called “media analysts.” What even is a media analyst, anyway? It sounds like a euphemism for someone on the dole. In any event, as well as being funded by the state, albeit indirectly (as if that makes a difference), the FT assumes that the BBC is not subject to political control. The daily stories promoting immigration, multiculturalism as well as attacking traditionalism and British nationhood would beg to differ. The BBC is a profoundly biased institution towards the left and this has been acknowledged across the board, even by its own staff.

As to the specific allegations, the FT summarises some of these. One involved everyone’s favourite fedora-wearing communist, George Galloway:

In one of the Sputnik episodes, Mr Galloway interviewed a journalist and an independent researcher, both of whom questioned the UK’s account of the Salisbury attack. Ofcom’s principle [sic] of due impartiality means one side must not be inappropriately favoured in news programmes.It also prevents politicians being used as news interviewers, except in exceptional circumstances.

Any informed observer will know that the UK’s account of the Salisbury attack does not lack either coverage or favour in the mainstream media. In fact, the UK’s account has become accepted fact despite the complete lack of independent evidence. As to George Galloway not being allowed to act as an interviewer, he stopped being an MP some time ago and is not seeking any kind of public office. Applying this rule to the case doesn’t make sense and is further evidence of how Ofcom is trying to just invent excuses to shut down RT.

Everyone knows that Russia Today is biased towards Russia. The clue is in the name. Unlike the BBC, RT does not try to retain a veneer of impartiality. It was founded expressly as a way to compete with Western dominated news and to present a different national perspective on world events. If a viewer decides that they don’t like being told how hypocritical and corrupt Western governments are by a Russian channel, then they can change the channel. Nobody is being forced to consume or pay for Russia today which is more than can be said for the BBC.

If the British Government wants to ban RT in retaliation for Syria or Skripal then it would be preferable for them to just to get on with it rather than having Ofcom use its ridiculously broad remit and general rules to kill RT and media plurality in the UK by a thousand cuts.