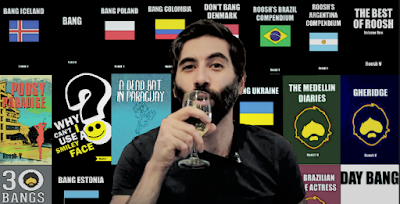 Ultra-misogynyst Douchebag Daryush V, who rose to notoriety with his "sarcastic" [cough!] proposal to decriminalise rape, is taking an indefinite break from his flagship site, Return of Kings (RoK). In his own words (I'm not linking):

After six years of continuous operation and 5,800 articles published, I’m putting ROK on an indefinite hiatus so I can take a break from the daily grind of maintaining the site. I don’t know when the hiatus will end.

The first factor for this hiatus is that site revenues are too low. We’ve been banned from Paypal and countless ad partners, which forced me to lay off the site editor last year and also lower payments to regular contributors. This started a negative spiral of declining content quality, site traffic, and revenues. Even the beloved comments section, which many see as the highlight of ROK, was badly hit when Disqus banned us. Currently, ROK receives half the traffic of its peak and less than one-fifth of the income.