Flawed reporting on antisemitism claims against the Labour party 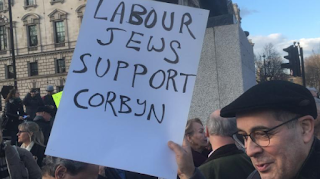 Open letter to the Guardian.

We have long had serious concerns about the lack of due impartiality and accuracy in the reporting of allegations of antisemitism against Jeremy Corbyn and the Labour party. The recent report by the Media Reform Coalition examining coverage of Labour’s revised code of conduct on antisemitism shows that we are right to be concerned.

The research examined over 250 articles and broadcast news segments and found over 90 examples of misleading or inaccurate reporting. In relation to the IHRA definition of antisemitism that was at the heart of the dispute, the research found evidence of “overwhelming source imbalance” in which critics of Labour’s code of conduct dominated coverage, with nearly 50% of Guardian reports, for example, failing to include any quotes from those defending the code or critiquing the IHRA definition. Moreover, key contextual facts about the IHRA definition – for example that it has only been formally adopted by eight countries (and only six of the IHRA member states) – were consistently excluded.

The researchers conclude these were not occasional lapses in judgment but “systematic reporting failures” that served to weaken the Labour leadership and to bolster its opponents within and outside of the party.

It is of course entirely appropriate and necessary for our major news outlets to report on the horrors of antisemitism, but wrong to present it as an issue specific to the Labour party.

In covering the allegations that Labour is now “institutionally antisemitic”, there have been inaccuracies, clear distortions and revealing omissions across our most popular media platforms. We believe that significant parts of the UK media have failed their audiences by producing flawed reports that have contributed to an undeserved witch-hunt against the Labour leader and misdirected public attention away from antisemitism elsewhere, including on the far right, which is ascendant in much of Europe.