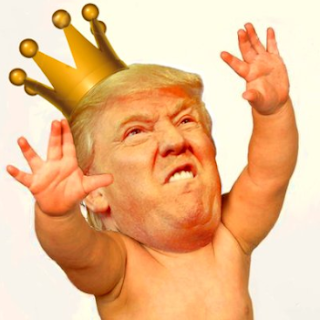 PALM BEACH (FLORIDA): US President Donald Trump on Thursday contradicted the CIA's assessment that Saudi Crown Prince Mohammed bin Salman had ordered the killing of Washington Post contributing columnist Jamal Khashoggi, insisting that the agency had "feelings" but did not firmly place blame for the death. Trump, in defiant remarks to reporters from his Mar-a-Lago resort in Florida, defended his continued support for Mohammed in the face of a CIA assessment that the crown prince had ordered the killing.

"He denies it vehemently," Trump said of the crown prince. He reiterated that his own conclusion was that "maybe he did, maybe he didn't."

"I hate the crime, I hate the coverup. I will tell you this: The crown prince hates it more than I do, and they have vehemently denied it," Trump said. Mohammed has not shown remorse for the killing, which was carried out by some of his close advisers.

Asked who should be held accountable for the death of Khashoggi, who was killed at the Saudi Consulate in Turkey on October 2, Trump again refused to place blame - instead espousing a grim view of the world that he often shares with advisers.

"Maybe the world should be held accountable because the world is a very, very vicious place," the president said.

He also seemed to suggest that all US allies were guilty of the same behavior, declaring that if others were held to the standard to which critics have held Saudi Arabia in recent days, "we wouldn't be able to have anyone for an ally."

Trump said "not at all" when asked if he was concerned that his refusal to substantially punish Saudi Arabia would send a message to the rest of the world that people in power can do as they please.

The president has grown annoyed with the constant attention on the killing, advisers say, and sought to effectively close the matter Tuesday with an eight-paragraph, exclamation-mark-packed statement that smeared Khashoggi, questioned the CIA and praised Saudi Arabia.

Stark. Raving. Bonkers. In a nutshell...