How American Policy in Honduras Created the Refugee Crisis 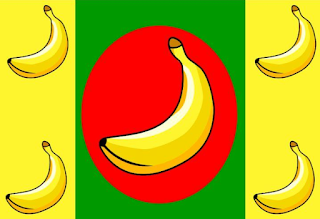 Several years ago we saw mass migration from Honduras during the Obama administration, including almost 70,000 unaccompanied minors showing up at the border. That is now repeating itself, but with the Trump administration’s “zero tolerance” policy making the situation dramatically worse. And much of this, as Joseph Nevins of the North American Congress on Latin America documents, is a result of deliberate US policy to destabilize that country in the name of profit.

You’ve no doubt heard the phrase “banana republic” bandied about, but you may not know the history of it. Honduras is the country about which it was invented in the late 1800s. Specifically, it was about the Cuyamel Fruit Company, later called United Fruit Company, and now known as Chiquita Brands International. In the 1890s. US-based fruit companies essentially took control of Honduras, owning all the good land for banana production and disrupting the trade in that country’s other major crop, coffee.

By the early 1900s, more than a million acres were owned for banana production, but the profits all went to the wealthy landowners, not the poor peasants who actually worked the land. Indeed, they were made all the more impoverished by being denied access to most of that country’s agricultural land. There were uprisings now and then, but they were put down by American military interventions, directly in 1907 and 1911, and indirectly through military aid and control throughout the rest of the 20th century. It got particularly bad under Reagan, who used Honduras as a training and staging ground for the Contras seeking to overthrow the government in Nicaragua.

American aid and support for the Honduran oligarchy and the American companies they helped enrich ensured that this country would remain desperately poor with a massive disparity in wealth. The people live in poverty while the ultra-rich control the government and the military. Post-Reagan, there was a moment of optimism as with the election of liberal reformer Manuel Zelaya in 2006, but he was soon put down in a military coup — almost all of the Honduran officer corps was trained by the American military and involved the families of those oligarchs — and that reignited what is now essentially a failing state (for everyone but the rich, that is). Nevins writes:

Organized crime, drug traffickers and the country’s police heavily overlap. Impunity reigns in a country with frequent politically-motivated killings. It is the world’s most dangerous country for environmental activists, according to Global Witness, an international nongovernmental organization.

Although its once sky-high murder rate has declined, the continuing exodus of many youth demonstrates that violent gangs still plague urban neighborhoods.

Meanwhile, post-coup governments have intensified an increasingly unregulated, “free market” form of capitalism that makes life unworkable for many. Government spending on health and education, for example, has declined in Honduras. Meanwhile, the country’s poverty rate has risen markedly. These contribute to the growing pressures that push many people to migrate.

This is what people are fleeing, and it’s little better in neighboring countries in Latin America. They are fleeing the organized crime cartels that Trump is falsely accusing them of belonging to, just like he accuses Syrian refugees of being part of ISIS when it is, at least partly, ISIS that they are trying to escape. The story of American foreign policy in the 20th century was largely the story of how we installed and propped up one corrupt, barbaric dictator after another, ostensibly in the name of stopping communism but really in defense of the profits of American companies. We created the conditions that give rise to the refugee and human rights crisis, then declare it a crisis and crack down on the victims of our own policy. We should be ashamed of that, but I’m not sure most Americans are even capable of such shame.