The Road to Russiagate

Or how the Ne'er Trumpers machine-gunned themselves in the foot...

The end of the Special Counsel’s investigation into the non-existent conspiracy between Trump and the Russians has created an army of “Mueller Truthers,” demanding additional investigations. But Republicans are also demanding to know more, specifically how the FBI came to look into collusion, and what that tells us about the tension between America’s political and intelligence worlds. In Rudy Giuliani’s words “Why did this ever start in the first place?”

The primordial ooze for all things Russia began in spring 2016 when the Clinton campaign and Democratic National Committee, through a company called Fusion GPS, hired former MI6 intelligence agent Christopher Steele to compile a report (“the dossier”) on whatever ties to Russia he could find for Donald Trump.

Creating the dossier was only half of Steele’s assignment. The real work was to insert the dossier into American media and intelligence organizations to prevent Trump from winning the election. While only a so-so fiction writer, Steele proved to be a master at running his information op against America.

In July 2016 Steele met with over a dozen reporters to promote his dossier, with little success. It could not be corroborated. Steele succeeded mightily, however, in pushing his information deep into the FBI via three simultaneous channels, including the State Department, and via Senator John McCain, who was pitched by a former British ambassador retired to work now for Christopher Steele’s own firm. 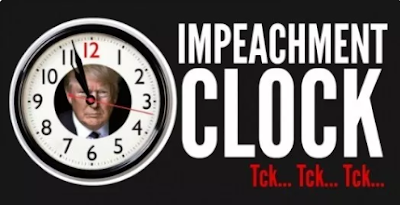