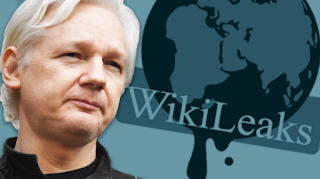 Wikileaks founder Julian Assange, Nestlé whistleblower Yasmine Motarjemi and Football Leaks’ Rui Pinto have been jointly awarded for the second annual GUE/NGL prize for ‘Journalists, Whistleblowers and Defenders of the Right to Information.’ Earlier this year, Courage nominated Julian Assange for the award, based on his contributions to journalism and whistleblower protections, his dire circumstances and need for public support, and what his case means for journalists and whistleblowers around the world.

Named in honour of the murdered Maltese investigative journalist, Daphne Caruana Galizia, the three have been honoured for their work in exposing the truth, and for their courage in risking their careers and personal freedom. Nobel Peace Prize laureate Mairead Maguire will accept the award on behalf of Julian Assange.

“Two of the three whistleblowers who have won this award are currently in jail.”

“No other political group has initiated such an award, and the European Parliament’s promise to set up a similar initiative has never been implemented,” said the Greek MEP.

For Miguel Urbán (Podemos, Spain), the arrest of Assange underlines just how perilous the situation facing whistleblowers is:

“We have a very strong list of nominees but also three very deserving winners in Yasmine Montarjemi, Rui Pinto and Julian Assange.”

“I strongly condemn the expulsion of Julian Assange from the Ecuadorian embassy in London and his subsequent detention by the British police.”

“We support the statements made by the United Nations rapporteur related to this case, who had urged against the expulsion of the founder of Wikileaks from the embassy as this would endanger Assange’s life if he is then extradited to the United States. Therefore, our first petition is addressed to the British government so that the extradition will not happen.”