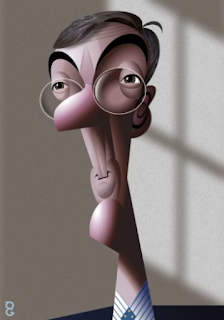 The Tory minister Jacob Rees-Mogg has come under fire for accusing Unicef of a “political stunt” after the UN agency stepped in to help feed deprived children in the UK during the Covid-19 pandemic.

The Commons leader hit out at Unicef, which is responsible for providing humanitarian aid to children worldwide, after it launched its first domestic emergency response in the UK in its more than 70-year history.

As part of its programme of support that is set to distribute more than £700,000 to help fund projects for children and their families, the agency has pledged £25,000 to supply nearly 25,000 breakfasts in a south London borough over the Christmas holidays and February half-term.

Rees-Mogg characterised Unicef’s support as “playing politics” and claimed it should be “ashamed of itself”.

After Unicef’s support in the UK was raised in the Commons on Thursday by the Labour MP Zarah Sultana, who also took aim at Rees-Mogg’s personal wealth, the minister replied: “I think it’s a real scandal that Unicef should be playing politics in this way when it is meant to be looking after people in the poorest, the most deprived countries in the world, where people are starving, where there are famines and there are civil wars.

“And they make cheap political points of this kind, giving, I think, £25,000 to one council. It is a political stunt of the lowest order.”

He defended the government’s response to child poverty, including expanding free school meals, adding: “Unicef should be ashamed of itself.”

However, the minister’s comments prompted a backlash, with Labour’s deputy leader, Angela Rayner, saying: “The only people who should be ashamed of themselves are Boris Johnson and the rest of his government for letting our children go hungry.”

She said: “In one of the richest countries in the world, our children should not be forced to rely on a charity that usually works in war zones and in response to humanitarian disasters. The only scandal here is this rotten Tory government leaving 4.2 million children living in poverty, a number that will only rise due to the coronavirus crisis.”