Failure to keep class politics on the agenda in the UK leads to ill-informed, racist views like Wiley’s 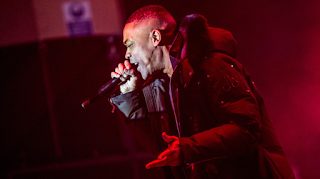 Grime star Wiley’s anti-Semitic Tweets mirror a sentiment shared by some in the poorest communities in working-class Britain. A lack of education on the class system means the marginalised believe the wildest conspiracy theories. Last week, grime artist Wiley sent Twitter into meltdown with his racist and anti-Semitic rants. They were outrageous and disgusting, but not unsurprising, once you start to contextualise, analyse and understand neo-liberal Western democracy.

Anti-Semitism in its current form nods to every other anti-semitic narrative going back to the middle ages; the ‘greedy Jew’, the ‘money-obsessed Jew’ and ‘secretive demonic powerful cults.’

It feeds on out-of-control inequality, wild and unrestrained neo-liberal politics, the total and absolute failure of the Left to keep class politics at the forefront of its agenda, and the rise of identity politics.

And that all adds up to a perfect recipe for millions of poor, working-class people wondering why – in a world where they are told they can be anything they want to be according to neo-liberalism – their grandparents died in poverty, their parents live in poverty, and they are now looking out into the void of precarity and demise?

I wrote a book about a community in Nottingham, a place which is one of Britain’s most multi-ethnic, multi-cultural areas, where I had lived for 25 years.

As part of the research for the book 'Getting By', I spent a year in a boxing gym and barber shop. Those spaces were predominantly male and 100 percent working class white, black, mixed-race and Asian people.

We argued every single minute of every day; the debates in Westminster and in local party political meetings paled in comparison. They were passionate, lively, sometimes good-natured, sometimes very aggressive, but always inclusive of anyone who walked in.

“What do you think?” would be shouted at every new person who arrived. Sometimes the debates were about football, sometimes they were about the ethics of the local community; for example, under what circumstances is it appropriate to call the police?

‘Mostly never’ was the answer to that one, unless harm was done to children or the elderly (and even then, it was, of course, debatable).

However, the debates around power were as omnipresent as power itself. Why, they shouted, are we stopped and searched by the police constantly? Why does no one from round here ever become successful? Why are there so many children involved in violence and drug dealing? And why are our ‘yutes’ dying? These were questions all day, every day interspersed with Premier League chat.

There were no answers, or no answers that made sense to them. I tried to talk about class inequality, and about how those with wealth used that wealth to purposefully keep them powerless and subservient. And how this is a structured system that everyone takes part in.

But that conversation is so hard to have among people who desperately need hope that something could happen to change their situation.

They require belief that the system which is slowly killing them will one day work for them. If they don’t have that, then what hope is there? In places that have no resources, no wealth, no real education and no political representation, all they have is hope, whether that’s the National Lottery, becoming a famous footballer or grime artist, or somehow coming across money and getting out.

The problems come when they try to piece together why this is the case? Why, from the minute they are born, do they stand no chance? And this is where the conspiracy theories, like those put forward by Wiley, have enough air to live and to thrive.

I have argued and screamed with fury at men who have told me ‘it’s the Jews’ controlling the music industry or it’s the Illuminati controlling everything, and the only way working- class – and especially black – people can become successful is to be part of these demonic cults inter-connected with elite paedophile rings, banking bail-outs, funding Islamic terrorism and now Covid-19.

It’s all mashed together to explain why and how decent, hard-working people constantly live and die in poverty. These arguments originally came from the extreme Right and white supremacists, but now they are rife in poor, working class inter-racial communities.

To me, this is evidence of the absolute failure of left-wing politics, and the victory of neo-liberal democracy, where we are reduced to nothing more than an individual unit bumping around, succeeding or failing. And all the while, the system awards some with unearned and undeserved advantages, success, and wealth and security, while others are mired in poverty, and their ‘failure’ is their own – while the structure of an unfair and unjust system remains cloaked in invisibility.

I remember one very lively afternoon in the barber’s shop, where I tried desperately to explain the British class system, using the local elite private boys school as an example of how power works and is reproduced. I failed to win the argument, because, they argued, how could it be that easy and transparent? No, they shouted, it’s about a demonic death cult made up of Jews and rich celebrities working in an undercover sect with the Illuminati purposefully keeping them down.

Without class politics, without class struggle, without a critique and an education that takes to pieces the neo-liberal system of class reproduction, all you have left are identity politics and Donald Trump.