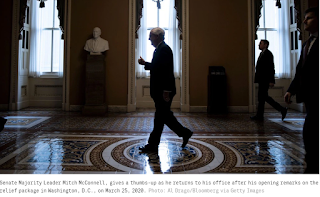 “THE STRUGGLE OF man against power,” the Czech writer Milan Kundera famously proclaimed, “is the struggle of memory against forgetting.”

Here in the United States, both politicians and the public tend to have the shortest of short memories. There is much collective “forgetting” that goes on in Washington D.C., New York, and beyond.

Consider those politicians and pundits who cheered on the illegal invasion of Iraq in 2003, while spreading lies about weapons of mass destruction, and continue to hold important and influential positions in politics and in the media; one of them is even on course to be the Democratic presidential nominee in November. Today, however, few mention Iraq in relation to any of these politicians or pundits.

Those bankers and economists who backed the disastrous economic policies that helped cause the financial crash in 2008 continue to lecture the rest of us on how to run the economy. Today, however, few mention the crash in relation to any of these people.

I wonder: Will we make the same mistake after the United States has recovered from the coronavirus pandemic, perhaps the biggest political, economic, and public health crisis in modern American history? Will we forgive those who got it so badly wrong and endangered our lives? Will we forget their dishonest and negligent behavior?

Only, I guess, if we abandon “the struggle of man against power,” to quote Kundera.

There has been much moving of goalposts in recent weeks as countless conservatives try to pretend that they have always taken Covid-19 seriously; there have been repeated and brazen attempts by prominent figures on the right (as well as the Democratic mayor of New York) to make their earlier denialism disappear down the memory hole.

Never forget: The president of the United States claimed to have the coronavirus “totally under control” because it was only “one person coming in from China”; he said it would miraculously “disappear”; he compared it to the flu; he tried to prevent sick Americans on a cruise ship getting off and getting tested because he liked “the numbers being where they are”; and he called concerns over the spread of the virus a Democratic “hoax.” Donald Trump also held daily White House press briefings where he berated the press; told countless lies; denied any “responsibility at all” for the crisis; [...]” As thousands of Americans lost their lives to Covid-19, the president bragged about his TV ratings and his Facebook followers, while also taking Twitter potshots at Hillary Clinton over Benghazi and her emails.

Never forget: Members of this Trump administration suggested that the coronavirus was not just “contained,” but contained “pretty close to airtight.” They compared deaths from Covid-19 to deaths from smoking and opioids; they even fired a Navy captain for daring to sound the alarm about the spread of the virus aboard his aircraft carrier, and he later tested positive for the disease himself. The president’s son-in-law, Jared Kushner, declared live on national TV that the Strategic National Stockpile was “supposed to be our stockpile” and not for use by hard-hit states.

Never forget: Republican members of Congress took photos mocking the spread of Covid-19; went swimming in the Senate pool hours after being tested for the disease; insisted on shaking hands with reporters on Capitol Hill; and told their constituents that it was a “great time to just go out, go to a local restaurant” — in clear defiance of scientific advice on social distancing. As millions of Americans were laid off from their jobs, Senate Majority Leader Mitch McConnell took a long weekend in order to hang out with his buddy, Supreme Court Justice Brett Kavanaugh, back home in Kentucky; the following week, he passed a stimulus bill that did more to help big corporations than ordinary Americans, and he then shut down the Senate for a long recess.

Never forget: GOP governors across the country refused to close beaches, refused to stop going out to crowded public places, and either refused to listen to the scientific advice on social distancing or pretended to be unaware of it. By the start of April, as the death toll mounted, eight governors in the U.S. had “decided against issuing statewide directives urging their residents to stay at home” — and all of them were Republicans.

Never forget: Fox News hosts fell over one another between January and March to dismiss or downplay the threat from the coronavirus, which one described as “yet another attempt to impeach the president”; another said the more they learned about it “the less there is to worry about”; while yet another announced that “it was the safest time to fly.” The biggest name on Fox News, Sean Hannity, not only compared the coronavirus to the seasonal flu, but he also suggested that it might be a “deep-state” plot against Trump while accusing Democrats of “weaponizing an infectious disease” to “bludgeon” the president.

Never forget: the dozens of other right-wing media personalities who misread a graph and claimed that the “coronavirus is LESS dangerous than the seasonal flu” for people under 60; who derided those warning about the dangers of the virus as a “doomsday cult”; who suggested that we might be “better off if we gave [the coronavirus] to everybody” in order to save the stock market; who wondered whether it “might be better off letting a few hundred thousand people die.” Glenn Beck, who once accused Barack Obama of trying to kill elderly patients with his “death panels,” insisted that older Americans should ignore the risk of infection and return to work because “even if we all get sick, I would rather die than kill the country.”

Never forget: the numerous far-right Christian evangelical pastors who tried to blame the coronavirus on everything from the “transgendering” of “little children” to “a world that has turned its back on God.” One of them was arrested in Florida, after defying local coronavirus restrictions and holding packed church services. Another claimed to have destroyed the virus by blowing “the wind of God” on it during a sermon.

"In the US, there is basically one party - the business party. It has two factions, called Democrats and Republicans, which are somewhat different but carry out variations on the same policies. By and large, I am opposed to those policies. As is most of the population."