Those 'Peaceful Hong Kong Angels', their Moving Goalposts... and the Nobel Peace Prize

The above series of 'horrendous incidents' (as Beijing keeps referring to them) is far from isolated, as anyone with access to global news or internet can verify. 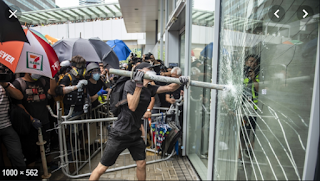 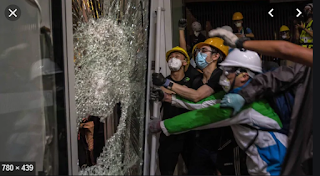 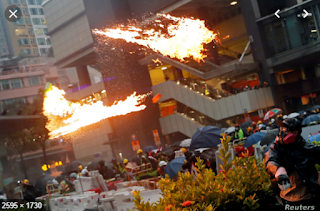 The US, engaged in a trade war and struggle for hegemony with China, and its European vassal states have of course smelled a first class opportunity to land Beijing a bloody uppercut. This is cynically exploited by the 'non-leader leader' Joshua Wong of the student movement, who's been sucking it to American legislators and been given red carpet treatment in DC, to the point some of them have nominated Wong for... the Nobel Peace Prize!

On 1 February 2018, a bipartisan group of US lawmakers, led by Congressional-Executive Commission on China (CECC) Chair US Senator Marco Rubio and co-chair US Representative Chris Smith announced they had nominated[63] Wong, Nathan Law, Alex Chow and the entire Umbrella Movement for the 2018 Nobel Peace Prize, for "their peaceful efforts to bring political reform and protect the autonomy and freedoms guaranteed Hong Kong in the Sino-British Joint Declaration".