Is Britain failing many of its vulnerable children? 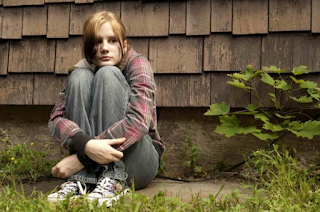 Human Rights Watch (HRW) has accused the UK government of breaching its international duty to keep people from hunger by pursuing “cruel and harmful polices” with no regard for the impact on children living in poverty.

Examining family poverty in Hull, Cambridgeshire and Oxford, it concluded that tens of thousands of families do not have enough to eat. And it revealed that schools in Oxford are the latest to have turned to food banks to feed their pupils.

In a damning 115-page report that echoes previous expert condemnation of the UK’s policies on food poverty, the NGO – better known for documenting abuses from Myanmar to Haiti – said that the government was breaching its obligations under human rights law to ensure people have enough food.

Volunteers and staff at schools in Oxford confirmed that they were now reliant on donations, saying that teachers were noticing pupils who were missing meals at home and needed to be fed.

HRW said that ministers had “largely ignored growing evidence of a stark deterioration in the standard of living for the country’s poorest residents, including skyrocketing food bank use, and multiple reports from school officials that many more children are arriving at school hungry and unable to concentrate”.

The report will provide further ammunition to those who say that the government is failing in its duty to the poorest. It comes before Wednesday’s release of the final report on the UK by Philip Alston, the United Nations rapporteur on extreme poverty, who has already highlighted the same issues in his interim findings, following a two-week tour of the UK last November.

And following on the heels of that, there's also this:

Local authorities are "dumping" thousands of teenagers in care in unregulated homes where they are targeted by paedophiles and organised crime gangs.

The number of looked-after children aged 16 and over living in the "twilight world" of unregistered accommodation in England has increased 70% in a decade.

Police forces have raised concerns, saying criminals see the premises as an easy target for recruitment and senior police officers are calling on the government to close a loophole in regulations that is putting the most vulnerable children at risk.

Jackie Sebire, the National Police Chiefs’ Council lead on serious violence - told BBC Newsnight: “We will always prioritise dealing with missing children and the most vulnerable.

"I am diverting my very limited resources to go and look for these children.

"But I can have 20, 30, 40 other 999 calls not being responded to as quickly as I would want them to be because we are trying to find these children.

"Sometimes the duty of care sits with the homes and placing authorities. It’s the responsibility of the homes to make sure they’ve done everything they can to safeguard those children."

'They would call us prostitutes or whores'

Local authorities can place 16 and 17-year-olds in the facilities for their own safety, but the homes can be hotbeds of criminal activity and abuse.

Accommodation in this sector can often be simply a house on a residential street, with support workers either based in the premises, or visiting for just a few hours per week.

This housing is not subject to the same checks and inspections as children's homes, because residents are deemed to receive support, but not care.

Local authorities can place children aged 16+ in this unregistered, unregulated accommodation if they judge it is in a child’s best interests.

One girl told the programme: ‘There was the time when I was hit in the face by one of the staff members. They would call us prostitutes or whores.’