The Deadliest Massacre in Reconstruction-Era Louisiana Happened 150 Years Ago

In September 1868, Southern white Democrats hunted down around 200 African-Americans in an effort to suppress voter turnout 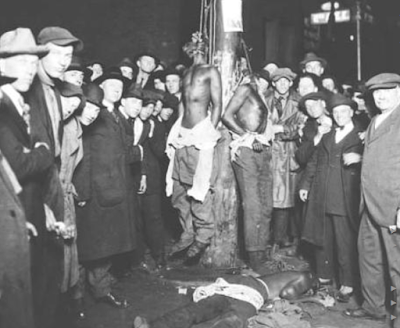 It is the 150th anniversary of the most notorious massacre in Afro-American history. It took place in Opelousas in the St Landry parish of Louisiana. Following the American Civil War (1861-65) there followed the era of Reconstruction when the 11 Confederate States were integrated with the North. It was an era in which the Black slaves were freed and in which the Southern White Supremacists attempted to cling on to their power. As Blacks were being enfranchised the old Southern White establishment reacted. It was an era of the KKK and of many bloody massacres and lynchings.

For those who see the Democrats as the left-wing or more progressive party it should be noted that in the 19th century it was the Republicans who were the integrationists and the Democrats who were the bastion of White supremacy and segregation. As late as the 1968 Presidential election Democratic segregationism was represented in American politics by George Wallace, the 3rd party candidate and former Governor of Alabama who won 13.5% of the vote in the Presidential election and 32 electoral college votes. He bears a number of similarities to Donald Trump.

The article below commemorates the 150th anniversary of the Opelousas massacre. It makes sober reading. Matthew Christensen writes that:

The St. Landry Massacre is representative of the pervasive violence and intimidation in the South during the 1868 presidential canvass and represented the deadliest incident of racial violence during the Reconstruction Era. Southern conservatives used large scale collective violence in 1868 as a method to gain political control and restore the antebellum racial hierarchy. From 1865-1868, these Southerners struggled against the federal government, carpetbaggers, and Southern black populations to gain this control, but had largely failed in their attempts. After the First Reconstruction Act of March, 1867 forced Southern governments to accept universal male suffrage, Southern conservatives utilized violence and intimidation to achieve their goals, which escalated as the 1868 presidential election neared. Violence was nearly omnipresent in Louisiana during the presidential canvass and was the primary reason behind the Democratic victory in the state.

So read the note found on the schoolhouse door by its intended recipient: Emerson Bentley, a white school teacher. He found the message in early September 1868, illustrated with a coffin, a skull and bones, and a dagger dripping with blood. The straightforward message represented a menacing threat to Bentley, who was teaching African-American children in Louisiana at the time. Little could the Ohio-born Republican have predicted just how soon that violence would come about. Bentley, an 18-year-old who also worked as one of the editors of the Republican paper The St. Landry Progress, was one of the few white Republicans in the Louisiana parish of St. Landry. He and others came to the region to assist recently emancipated African-Americans find jobs, access education and become politically active. With Louisiana passing a new state constitution in April 1868 that included male enfranchisement and access to state schools regardless of color, Bentley had reason to feel optimistic about the state’s future.