The Neoliberal Brain behind Juan Guaidó

While online audiences know YouTube comedian Joanna Hausmann from her videos making the case for regime change, her economist father has flown below the radar. His record holds the key to understanding what the U.S. wants in Venezuela. 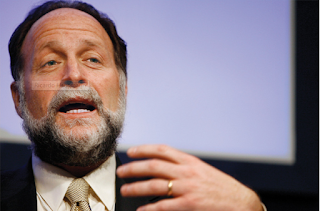 If you’ve followed Venezuela-related news on social media, you’ve undoubtedly stumbled across a video released by comedian Joanna Hausmann in which she promises to tell you, “What’s Happening in Venezuela: Just the Facts.” Despite a title designed to instill confidence in the uninformed viewer, upon closer examination the “facts” presented in Hausman’s video hardly stand the test of reality.

Hausmann, for example, attempted to pass off dubious assertions that Venezuelan opposition leader “Juan Guaidó is not right wing,” and that he “did not just declare himself president” of the country. She also claimed that President Nicolas Maduro “made up” the National Constituent Assembly, neglecting to mention that that governing body was clearly defined in the country’s 1999 Constitution, and was ratified by 71.8 percent of the country through a democratic vote.

Hausmann’s performance ended with a teary-eyed appeal for sympathy: “On a personal level… my father is exiled from going back home.” For a video dedicated to “just the facts,” Hausmann’s rant omitted an especially pertinent piece of information: her exiled father and the rest of her family are no ordinary Venezuelans, and are, in fact, key players in the bid to bring down the elected government.

Much of Hausmann’s script echoed talking points outlined by her father, Ricardo Hausmann, in a 2018 article ominously entitled “D-Day Venezuela.” The piece amounted to a plea for the U.S. to depose Maduro by force, with Hausman arguing that “military intervention by a coalition of regional forces may be the only way to end a man-made famine threatening millions of lives.”

But Ricardo Hausmann is much more than a prominent pundit. He is one of the West’s leading neoliberal economists, who played an unsavory role during the 1980s and ’90s in devising policies that enabled the looting of Venezuela’s economy by international capital and provoked devastating social turmoil.