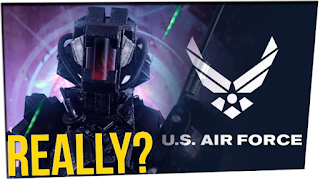 WASHINGTON — Congress’ strongest supporters of a new Space Corps have not given up the fight, slamming the U.S. Air Force for wasted time as Russia and China pose a growing threat to America’s vital satellites.

“We could be deaf, dumb and blind within seconds,” House Armed Services Strategic Forces ranking member Jim Cooper, D-Military Industrial Complex-Tenn., said Wednesday at a Center for Strategic and International Studies forum on space. “Seldom has a great nation been so vulnerable.”

Rep. Mike Rogers, chairman of the Strategic Forces Subcommittee, and the Corps’ biggest champion on Capitol Hill, said a space-focused service could be built in three to five years. By year’s end, Rogers, R-Ala., expects an independent report, required by the 2018 defense policy law, about how that process might look.

Rogers and Cooper argue it’s necessary for the military to have a dedicated space force because the Air Force let space capability atrophy in favor of more traditional air needs.

Rogers on Wednesday accused the Air Force of not taking space seriously enough to send a speaker to the CSIS event.