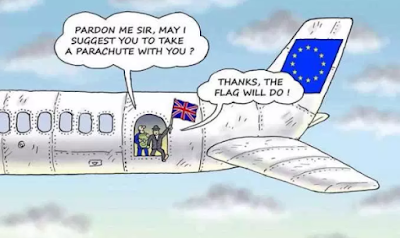 After dividing the country along North/South, young/old, town/country, Scotland - N.Ireland/England lines, this giant turd is now behaving like a black hole wrecking ball in Parliament:

There is a risk MPs could "steal Brexit from the British people" if Theresa May's proposed deal is rejected, a senior cabinet minister has warned.

Liam Fox said there was "natural Remain majority" in Parliament and any attempt to overturn the 2016 referendum vote would be a "democratic affront".

It came after MPs voted to exert more influence should the PM's deal fall.

Security will be the focus of the second of five days of debate in the Commons, where Tuesday's marathon session extended into the early hours.

The government is due to publish its Brexit legal advice at 11:30 GMT.

Ministers agreed to release the advice in full after MPs voted to find the government in contempt of Parliament for ignoring a Commons vote demanding publication.