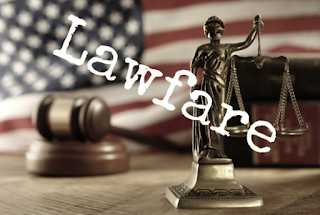 Blame the British, as usual. In 1807, in the midst of a struggle with Napoleonic France, HMS Leopard, a Royal Navy ship of the line, attacked, boarded and captured an American frigate, USS Chesapeake, off Norfolk, Virginia. The British claimed their action was justified by the presence on the American ship of four English deserters, whom they arrested. But, for President Thomas Jefferson, it was an outrageous, illegal infringement of the sovereignty and independence of the infant republic, eventually leading to the 1812 war.

It’s fair to say the Americans never forgot lessons drawn from the Chesapeake humiliation – and have been faithfully following Britain’s script ever since. As its power grew, the US, too, assumed the right to extend its national writ beyond its shores. One modern example is the way the US justice department ruthlessly pursues foreign nationals, such as the Scottish hacker Gary McKinnon, who are deemed to have broken US law. McKinnon’s extradition was ultimately blocked in 2012 by Britain’s then home secretary, Theresa May, after a public outcry.

Donald Trump’s threat to impose sweeping penalties on any country or individual, anywhere in the world, that dares to ignore his unilateral embargo on Iran’s oil exports is another instance of extra-territorial over-reach. Like an Oriental pasha of old, Trump has graciously deigned to issue exemptions to supplicants who beg for relief. But the overall principle is clear: in its view, the US has the right to direct and control the actions of sovereign states using threats, sanctions and almost any other means at its disposal.

Even liberal-minded Americans see no particular problem with such overweening, imperial power-plays – for who, some argue, can doubt that the US, as the pre-eminent guardian of enlightened values, acts for the best? Yet American power is no longer as all-pervasive, or trusted, as perhaps it was 30 years ago. Many contemporary states, allies included, do harbour serious doubts about US motives and intentions.

Foremost among them is China – a rival, not a friend – whose furious reaction last week to the arrest in Canada, on a US warrant, of the top Huawei executive, Meng Wanzhou, showed how Washington’s presumptuous attempts to exercise universal jurisdiction have become outdated, objectionable – and increasingly unenforceable.

Meng is ostensibly wanted for breaching Iran sanctions. But the wider context is more instructive than the specific, alleged offence. Huawei is the world’s largest supplier of telecommunications network equipment and second-biggest maker of smartphones, with revenue of about $92bn last year. Western spy chiefs believe its market dominance, and close association with China’s communist regime, pose a security risk. The US, Australia, New Zealand and Japan have all recently restricted use of Huawei technology.

In Britain, Huawei has pledged to spend $2bn to fix security loopholes that the National Cyber Security Centre, an offshoot of the GCHQ spy agency, fears could be exploited for surveillance and data-collection. The promise followed a reportedly bad-tempered meeting last month with British officials. Huawei insists that neither Meng, nor the company, have broken the law or pose any kind of security risk.

The row will intensify existing worries about Chinese state-approved investment in Britain’s next generation of nuclear power stations. Meanwhile, in a public speech, Alex Younger, the head of MI6, said Britain must decide whether it was “comfortable” with using Chinese technology in critical national infrastructure. Last week, BT gave its answer, confirming it was removing Huawei equipment from its 4G network.

More broadly still, the backdrop of intensifying US-China strategic, geopolitical and economic rivalry is also germane to Meng’s arrest, as is both countries’ blatant disregard for international law. The US warrant has embarrassed Canada, partly due to suspicions that it is a politically motivated abuse of the extradition system. Although it will not admit it, China’s action last week in detaining two Canadian citizens was direct retribution, intended to pressure Ottawa into releasing Meng.

There can be little doubt Meng is a highly symbolic victim of this global rivalry. Typically clueless, Trump gave the game away when he explicitly linked the possible dropping of the case against her to resolving the US-China trade war. Trump’s clumsy intervention – rapidly disavowed by his own justice department – left the US looking no better than Beijing. Both sides appear guilty of what amounts, in effect, to hostage-taking – not what the world expects from superpowers. But perhaps it’s no surprise. After all, it is learned behaviour, courtesy of the Royal Navy.

Trump certainly seems OK with this type of lawfare:

In an interview with Reuters Tuesday, Trump said he would intervene in the case against Meng Wanzhou if it proved beneficial in securing a trade deal that has splintered relations between the two countries in recent months.

The CFO of Chinese tech giant Huawei was arrested December 1 in Vancouver for violating US sanctions on Iran -- the same night Trump was dining with Chinese President Xi Jinping during the G20 summit in Argentina.

'I would certainly intervene'

"Whatever's good for this country, I would do," Trump told Reuters. "If I think it's good for what will be certainly the largest trade deal ever made -- which is a very important thing -- what's good for national security, I would certainly intervene if I thought it was necessary."