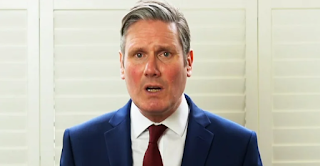 Data published on the Register of Members’ Interests now shows that Starmer received a £50,000 donation from Trevor Chinn, a member of the executive committee of the British Israel Communications and Research Centre (BICOM).

According to Electronic Intifada, BICOM is a “British pro-Israel lobby group”. The Guardian reported on BICOM in 2009, saying:

Britain’s most active pro-Israeli lobbying organisation – which flies journalists [including Guardian staff] to Israel on fact-finding trips and organises access to senior government figures – has received nearly £1.4m in two years from a billionaire donor whose father made a fortune manufacturing arms in Israel.

In 2009, the London-Palestine Solidarity group said BICOM had a key role in “laying the groundwork for Israel’s public justifications for the onslaught [on Gaza]”.

As Open Democracy reported in 2009, moreover, BICOM officials were among those involved in planning to pressure the Guardian to retract comparisons it made of Israel with apartheid South Africa. The report in Open Democracy continued:

Two months after the end of Operation Cast Lead in Gaza, BICOM sent half a dozen journalists on a free trip to Tel Aviv to talk to Israeli defence analysts. The message BICOM wanted to get across was that they should pay more attention to Iran than to the Palestinians…

While BICOM’s work is entirely legitimate, it is by no means transparent. They never declare, for example, which journalists go on trips and who they meet. In the United States, AIPAC [American Israel Public Affairs Committee] must register as a lobby and declare its activities. Over here, BICOM is simply a company registered at Companies House, and doesn’t make its work public.

Journalist Simon Childs, who went on one of such trips in 2017, concurred that “BICOM ‘simply dispenses with international legal principles as an explanatory framework'”. The only Palestinian refugee camp that featured on this BICOM tour was seen by Childs as a “speck on the horizon as we looked from Israel into Gaza – abstracted to the point of near-invisibility”.