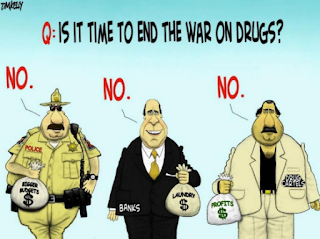 The top prosecutor in Mexican state of Veracruz has confirmed that more than 250 skulls have been dug up in what appears to be a drug cartel mass burial ground on the outskirts of the city of Veracruz.

Jorge Winckler, the state prosecutor, said on Tuesday that the clandestine burial pits appear to contain the victims of drug cartels killed years ago.

"For many years, the drug cartels disappeared people and the authorities were complacent," Winckler said, in apparent reference to the administration of fugitive former Governor Javier Duarte and his predecessors.

Significanly the human remains were not found by 'authorities' but by activists:


The skulls and other bones were found in a wooded area known as Colinas de Santa Fe, where activists have been exploring since at least mid-2016, sinking rods into the ground and withdrawing them to detect the telltale odor of decomposition.

When they find what they believe are burial pits, they alert authorities, who carry out the final excavations.

Winckler said excavations have covered only a third of the lot where the skulls were found, and more people may be buried there.


The victims' advocacy groups have criticised authorities for doing little to try to find or identify the state's missing people, many of whom were kidnapped and never heard from again.

Al Jazeera's John Holman, reporting from Mexico City, said that one mother of a missing person told him that her family received "very little help" from state authorities in finding her son.