Free Speech Fantasies: the Harper's Letter and the Myth of American Liberalism 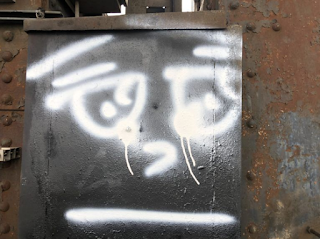 Harper’s Magazine’s July 7th “Letter on Justice and Open Debate” is making its rounds in popular political discourse, and takes aim at the “PC” “cancel culture” we are told is being fueled by the most recent round of Black Lives Matter protests. This cancel culture, we are warned, is quickly and perniciously taking over American discourse, and will severely limit the free exploration of competing viewpoints.

The Harper’s letter signatories run across the ideological spectrum, including prominent conservatives such as David Brooks and J.K. Rowling, liberals such as Mark Lilla and Sean Willentz, and progressives such as Noam Chomsky and Todd Gitlin. I have no doubt that the supporters of the letter are well meaning in their support for free speech. And I have no interest in singling out any one person or group of signatories for condemnation. Rather, I think it’s warranted to focus on the ways in which “free speech” is being weaponized in this case, and in contemporary American discourse, to empower reactionary voices, under the façade of a free exploration of ideas.

The ideas established in the Harper’s letter sound just fine in principle, and when examined in a vacuum. The supporters embrace norms of “open debate” and “toleration of differences,” and opposition to “dogma[s],” “coercion,” and “intolerant climate[s]” that stifle open exploration of competing views. The letter’s supporters celebrate “the free exchange of information and ideas,” which they deem “the lifeblood of a liberal society,” contrary to a rising “vogue for public shaming and ostracism and the tendency to dissolve complex policy issues in a blinding moral certainty.” The letter elaborates:

“But it is now all too common to hear calls for swift and severe retribution in response to perceived transgressions of speech and thought. More troubling still, institutional leaders, in a spirit of panicked damage control, are delivering hasty and disproportionate punishments instead of considered reforms. Editors are fired for running controversial pieces; books are withdrawn for alleged inauthenticity; journalists are barred from writing on certain topics; professors are investigated for quoting works of literature in class; a researcher is fired for circulating a peer-reviewed academic study; and the heads of organizations are ousted for what are sometimes just clumsy mistakes. Whatever the arguments around each particular incident, the result has been to steadily narrow the boundaries of what can be said without the threat of reprisal.”

Appealing to Americans’ commitment to civic responsibility for open dialogue, the Harper’s letter warns, “restriction of debate” “invariably hurts those who lack power and makes everyone less capable of democratic participation. The way to defeat bad ideas is by exposure, argument, and persuasion, not by trying to silence or wish them away.”

One of the main problems with this sort of lofty rhetoric is that it misrepresents the severely deficient reality of American political discourse. We live in a period when the rise of neoliberal capitalism and untrammeled corporate power have cheapened “public” political discourse to serve the interests of plutocratic wealth and power, while assaulting notions of the common good and the public health. Idealistic rhetoric about exploring diverse views falls flat, and is a mischaracterization of reality to the deficiencies in U.S. political discourse under neoliberal corporate capitalism, when debates are perverted by political and economic elites who have contempt for the free exchange of ideas.

Numerous passages in the Harper’s letter create the impression that U.S. political discourse is characterized by a vibrant and open exploration of diverse and competing views. The letter includes:

A lament that the emerging “cancel culture” threatens to “weaken our norms of open debate and toleration.”

The claim that the “free exchange of information and ideas, the lifeblood of a liberal society, is daily becoming more constricted.”

The assertion that American discourse is characterized by institutions that “uphold the value of robust and even caustic counter-speech from all quarters.”

The call “to preserve the possibility of good-faith disagreement without dire professional consequences.”

All of these claims are romanticizations of American life. They obscure the reality that progressive left and radical dissident views are routinely blacklisted from “mainstream” political, economic, and social discourse by the media and by mainstream academic institutions.

The “let’s engage in a diversity of competing views” position sounds great until one realizes that we do not, and have never lived in, that sort of pluralistic democracy. We live in a political culture that, on its face, is committed to free speech protections for all, in which through the respectful exchange of ideas, we arrive at a better understanding of truth, to the benefit of all. But we don’t really live in that society. Ours is a reactionary culture, which celebrates ideas that service political and economic power centers. In this society, views that are elevated to being worthy of discussion include milquetoast liberal values that are sympathetic (or at least not antagonistic) to corporate power, apolitical content that’s aimed at mindless entertainment and political diversion, and reactionary authoritarian views that border on fascistic, but are vital to demonizing immigrants, people of color, and other minorities, and reinforce a white patriarchal corporate power structure. Radical lefties, or even progressive-leftists, need not apply to be included in this circumscribed discourse. Their views are routinely blacklisted from the mass media, and are increasingly marginalized in higher educational institutions.

I don’t draw these conclusions lightly. My understanding of how the mass media operates is based on extensive personal experiences, and those from countless left intellectuals I know. Many of us have struggled (and mostly failed) to break into “mainstream” discourse because of the limited space in corporate news devoted to marginalized perspectives. With this marginalization comes the near erasure of critical views, including those seeking to spotlight record (and rising) economic inequality, repressive institutions that reinforce racial, gender and transphobic systems of repression, the corporate ecocidal assault on the environment, the rise of unbridled corporate power and plutocracy, the rising authoritarianism in American politics, and the increasingly reactionary and fascistic rhetoric that has taken over the American right.

Despite complaints about a pervasive liberal bias in higher education, available evidence reveals the opposite. As I’ve documented through my own comprehensive analysis of hundreds of national opinion polling questions on Americans’ political and economic values, there’s virtually no empirical evidence to suggest that increased education in the U.S. is associated with increased likelihood of holding liberal attitudes. The reason for this non-link between education and liberalism is obvious to those leftists who have struggled to carve out a space in the increasingly reactionary American university: there’s very little commitment to progressive or leftist values in the modern corporate collegiate “experience”-oriented schooling system.

Reflecting on my own experiences within this system, the very notion of academics serving as public intellectuals has been under systematic assault by the rise of a “professionalization” culture that depicts political engagement as “biased,” “unprofessional,” and “unacceptable.” Whatever lingering commitment to higher education as a public good was rolled back decades ago with the rise of corporatized academic “professional” norms. Scholars are now primarily concerned with publishing in esoteric, jargon-laden journals that no one reads, and almost no one cites, while elevating a discussion of the methods of how one does research over a discussion of the political and social significance of our work. In this process, there’s been a suppression of any commitment to producing active citizens who see themselves as having an ethical or moral responsibility to be regularly politically engaged.

The reactionary “professionalization” that’s celebrated in the ivory tower is relentlessly promoted at every step of the process through which academics develop and are socialized: in the graduate school experience, in the job hiring, tenure, and promotion processes, and in the process of peer review for academic publications. Those who don’t get with the program are filtered out at some point in this process. Very few who are committed to challenging professionalized academic norms make it through PhD programs, and fewer still obtain tenure-track jobs and tenure. It is a rare to find academics who learn how to effectively hide their political values in grad school, and who then actively draw on those same values in their scholarship once they’ve secured an academic job.

In my more than two decades in higher ed, I can say there’s no such thing as a fair hearing for the progressive-radical left when it comes to academic publishing. Thinking of my own research, I see zero interest in elite academic publishing houses – the Oxfords, Princetons, and Cambridges of the world – in making space for openly leftist frameworks of analysis, let alone for the sort of applied Gramscian and Marxian empirical research that I do on media propaganda, hegemony, indoctrination, and mass false consciousness. Neither do any of the reputable journals in most social science disciplines express interest in this sort of research.

Considering the research I do focuses on social movement protests, media propaganda/fake news, and inequality studies, one might think these timely topics would draw a large number of requests for university speaking engagements. These are, after all, defining political issues of our time. But this isn’t at all the case. The academy remains as reactionary as ever in terms of sidelining and blacklisting leftist ideas and frameworks for understanding the world. There’s little interest in prioritizing high-profile campus speaking events for such topics in the neoliberal corporate academy. Considering the utter contempt for such scholarship, it’s difficult for me to focus my limited time and energy lamenting campus attacks on authoritarians like Milo Yiannopoulos, or whatever other reactionary pseudo-intellectual flavor of the week who has been disinvited from paid speaking engagements that I and other leftist scholars couldn’t dream of receiving in the first place.

I won’t shed a tear for reactionaries who seek to appropriate dwindling university resources for their own personal publicity and self-aggrandizement, considering that their ideology actively supports gutting the very institutions that they so shamelessly take advantage of. The reality of the matter is that there’s no First Amendment “free speech” right to be invited to numerous campus engagements, to be paid a generous speaking fee, or to have campus security resources devoted to protecting arch-reactionary authoritarian speakers in light of the large student protests that are mobilized against these campus events.

We should recognize that the recent wave of laments against PC “cancel culture” from the right reinforce a specific power dynamic in American society. It is one in which reactionaries have initiated an assault on what little remains of independent and critical thinking within the media and higher ed. They have done so by draping their contempt for free and critical inquiry in the rhetoric of “free speech.” But U.S. media and educational institutions have never been committed to the free exploration of competing views, at least not for those who question corporate power. The sooner we stop pretending this landscape represents a free and open exchange of ideas, the better.