Comedy-19: The Hunt for the Corona Kisser? 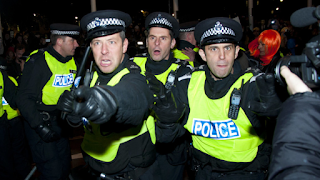 A lorry driver who kissed a woman on her cheek to show gratitude for her assistance is now hunted by police in the UK. After asking for help to identify the ‘criminal,’ law enforcement received a massive eye-roll from the public. In the sleepy Derbyshire town of Matlock, a most heinous crime took place on April 28. A lorry driver pecked a 70-year-old woman on the cheek, after she helped him free his stuck truck from under a bridge by directing traffic.

The man thanked her with a kiss, and now he’s wanted for sexual assault. Seriously.

Nearly three weeks after the incident, Derbyshire Police appealed to the public for help tracking down the suspect.

Such a ridiculous waste of resources, + the man will be put through lots of stress @DerbysPolice . I already had zero confidence in Derbyshire police before reading this - they're just a bunch of busybodies. pic.twitter.com/GAi4NwXLLJ

Commenters speculated that the man may be wanted for breaching social distancing guidelines, but that’s not the case. The police explained that his crime “would be classed as sexual assault, as the woman did not [ask] the man to kiss her on the cheek.”