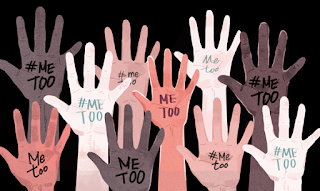 Eleven months on from Weinstein’s disgrace and the exploitation, brutality and damage to women revealed by #MeToo, this week’s response to the accusations of sexual assault against America’s Supreme Court nominee exposes how little has changed in society’s assumptions about whose voice has credibility when these reports are made.

Believe the men. That’s been the default position, not just for decades, but for millennia. A woman’s standing is instantly undermined by making an allegation. Women are dismissed as hysterical, or fantasists, or crazy for attention; as vengeful careerists or untrustworthy young girls.

There is incredulity that accused men of high reputation could be guilty. Other people, mostly men, flock to testify to their good character and many accomplishments. The accusations are incompatible with the civilised, decent men they know.

That prejudice, that lack of imagination about the range of human behaviour, is what has allowed male abusers to flourish in so many places. The Catholic Church, international aid agencies, British boarding schools, the Boy Scouts of America, CBS, Hollywood, Jimmy Savile, the USA gymnastics coach now in jail after assaulting more than a hundred girls.

Even men without high standing tend to be seen as more credible than the women they attack. That’s why grooming gangs in Rochdale, Rotherham and many other towns could rape girls with impunity over years, as police and social services dismissed it. “Believe the men,” has always been the instinctive, effective, protective response of the male-dominated power structure.

Now it is being deployed against Christine Blasey Ford, the psychology professor who has reluctantly come forward to tell the Senate committee responsible for confirming Brett Kavanaugh for a lifetime appointment to the Supreme Court that he sexually assaulted her when she was 15.

Dr Ford says she was at a party with the 17-year-old Kavanaugh when he and a friend waylaid her coming out of an upstairs bathroom, pushed her into a bedroom, shut the door, thrust her onto a bed and tried to rape her. The music was too loud for anyone to hear. Kavanaugh, a well-built football player, allegedly lay on top of her, groped her, rubbed himself against her, tried to pull her clothes off and put his hand over her mouth to stifle her screams, so that Dr Ford feared he might accidentally kill her. It was only when his drunken friend jumped on the two of them that Dr Ford escaped. She told no one. Kavanaugh categorically denies that this ever happened.

Dr Ford did not want to go public. She has seen how society treats women who do. But she had been haunted by the attack all her life, told friends about it last year and had been discussing it in therapy since 2012, as her therapist’s notes confirm. She was alarmed that a man with Kavanaugh’s history should be given such power over women’s lives.

In July she sent a confidential letter to a Democratic senator on the committee, describing the assault and asking to talk. That letter leaked. Reporters turned up at Dr Ford’s house. She decided she had to identify herself before others did. She went public, saying she would testify to the Senate committee. The storm broke.

Every traditional tactic used to destroy a woman’s credibility and will has been deployed against Dr Ford. She has been jeered at, dismissed, menaced. Republicans have said this serious-minded professor is about to be exposed as “the loon she is”. A powerful Republican senator says Dr Ford is conducting a “drive-by shooting” on Kavanaugh, and that although he will listen to “this lady”, the confirmation will go ahead.

Dr Ford’s life has been shipwrecked. She has had so many death threats that she has had to go into hiding, take leave of absence from work, send her children away and employ security guards. No such danger has troubled Kavanaugh, who has a security detail provided by the state and whose wife has been giving out cupcakes to the camera crews outside their house.

It is horrifying to watch this unchanging pattern play out. Kavanaugh denies the attack but the Republican defence of him goes much wider. They dismiss such behaviour as “loutish” or “horseplay” or teenage high jinks. They simultaneously condemn a woman for making such a damaging accusation while asserting that such an event could not be damaging at all.

It seems incredible that so many men still don’t understand how common sexual assault is and why it hurts. Since #MeToo I have found almost every woman I know has been assaulted, and two raped. Most men don’t do it, so they have no idea of what women deal with and the fear and vigilance it instils.

When a man that you know and trust, socially or professionally, turns into a determined, brutal attacker, indifferent to every emotion you have, or to your screams, all your fragile pride and sense of self is shattered. Minutes before, you might have thought they admired you for your wit or character or mind. Then they turn you into a thing, or a nothing, and the agony is that you discover you were never a person to them, only prey.

The vast majority of women never report any of this. We know about the scorn, the lack of proof, how we’ll be dehumanised and attacked all over again. We know how men with sterling reputations can behave. Which is why when a woman with so much to lose is brave enough to speak, we want her to have a fair hearing. Justice is being betrayed by society’s bias towards believing men.