Why Jeremy Corbyn is not an antisemite 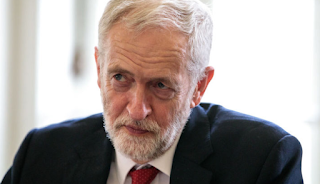 Is Jeremy Corbyn an anti-Semite? I began researching the answer to this question well before Danny Finkelstein’s recent revelation in the Times that eight years ago Corbyn had written a glowing foreword to a new edition of Imperialism: A Study, written by the radical economist John Atkinson Hobson, first published in 1902.

Context is paramount. That’s why I feel obliged to censure Finkelstein’s exposé. We all know what Hobson thought of Jews and capitalism. But to conclude – as Finkelstein does – that in writing the foreword Corbyn had praised a 'deeply anti-Semitic book' is to give a totally false impression of what this influential study is actually about. In a text running to almost 400 pages there are merely a dozen or so lines which we would call anti-Semitic. There was absolutely no need for Corbyn to have drawn attention to them in his foreword.

It’s quite true that the Labour Party that Corbyn leads has been dogged in recent years with incidents in which a significant number of its members, after being publicly pilloried as anti-Semites, have been expelled from the party. Worse than that, earlier this year a group of MPs resigned from the party, citing rampant anti-Semitism and a failure to deal with it as one of the reasons for their departure.

The group included the Jewish MP Luciana Berger, and also the non-Jewish MP Joan Ryan, formerly chair of Labour Friends of Israel. In her resignation speech, Ryan suggested that the 'huge shame' of anti-Semitism did not exist until Corbyn became party leader. Criticising Corbyn for 'presiding over a culture of anti-Semitism and hatred of Israel,' Ryan insisted that 'Over the past three years... the Labour party under Jeremy Corbyn has become infected with the scourge of anti-Jewish racism. This problem simply did not exist in the party before his election as leader.'

Really? After all, hasn’t anti-Jewish racism existed in the party since its creation, over a century ago? In the late 19th century, wasn’t the trade-union movement (out of 'the bowels' of which the party emerged, as Ernie Bevin once graphically observed) positively riddled with such prejudice? Weren’t leading socialist activists – for instance Sidney and Beatrice Webb – unashamed exponents of it? To point to these irrefutable facts is neither to excuse such racism nor to imply that it wasn’t present in other political parties. Indeed it was and still is.

But my present concern is with Jeremy Corbyn, by which I mean Corbyn the person. For whilst it’s one thing to accuse him of being ‘soft’ on anti-Semitism, tolerating it and even befriending some of its exponents, it’s quite another to level the charge against him personally. What truth – if any – could there possibly be in such an accusation?

The fact of the matter is that Corbyn has an impressive record of supporting Jewish communal initiatives. For instance he was recently supportive of Jewish efforts to facilitate the speedy issue of death certificates by the north London coroner. In 2015 he took part in a ceremony in his Islington constituency to commemorate the founding of the North London Synagogue. In 2010 he put his name to an Early Day Motion (tabled by Diane Abbott) calling on the UK government to facilitate the settlement of Yemeni Jews in Britain. Indeed I could fill this entire article with a list of philo-Semitic EDMs that Corbyn has signed since he was first elected as Labour MP for Islington North in 1983.

In 1987 the West London Synagogue approached Islington Council with a startling proposal: to sell its original cemetery to property developers, destroying the gravestones and digging-up and reburying the bodies lying under them. This cemetery (dating from 1840) was not merely of great historic and architectural interest – in the view of orthodox Jews, the deliberate destruction of a cemetery is sacrilegious. So when Islington Council granted the planning application, a Jewish-led and ultimately successful campaign was launched to have the decision reversed. I was part of that campaign. So was Jeremy Corbyn. Meanwhile, the then-leader of Islington Council (1982-92), whose decision to permit the destruction of the cemetery was eventually overturned, was none other than Margaret Hodge (though it is unclear whether she personally was in favour of the proposal).

I have deliberately omitted from this discussion any consideration of Corbyn’s attitude to Zionism and whether anti-Zionism is inherently anti-Semitic. All I will say here – as a proud Zionist – is that in my view context is, again, paramount.

I will agree that from time to time, as backbench MP and party leader, Corbyn has acted unwisely. But the grounds for labelling him an anti-Semite simply do not exist.

Geoffrey Alderman is Professor of Politics, University of Buckingham.