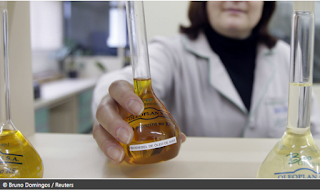 Alice, Kenton, Bucky, and Rachna are the hidden victims of the chemical industry. They all grew up either in India or the US, in towns built around plastic and pesticide factories. For a long time, their resounding commercial success has masked the darker reality behind their practices. For several decades, their factories have secretly dumped their toxic products into rivers, groundwater systems and soil. This pollution has affected thousands, causing disabilities, cancers and death. No one is safe: both the inhabitants of these regions and the employees of the companies have been affected. But the chemical giants will do anything to keep these tragedies a secret.Through the analysis of samples and confidential documents, the two directors gauge the true extent of the contamination, and ultimately shed some light over years of lies and impunity. All that remains are the testimonies of the victims across the world, those whose lives have been poisoned.